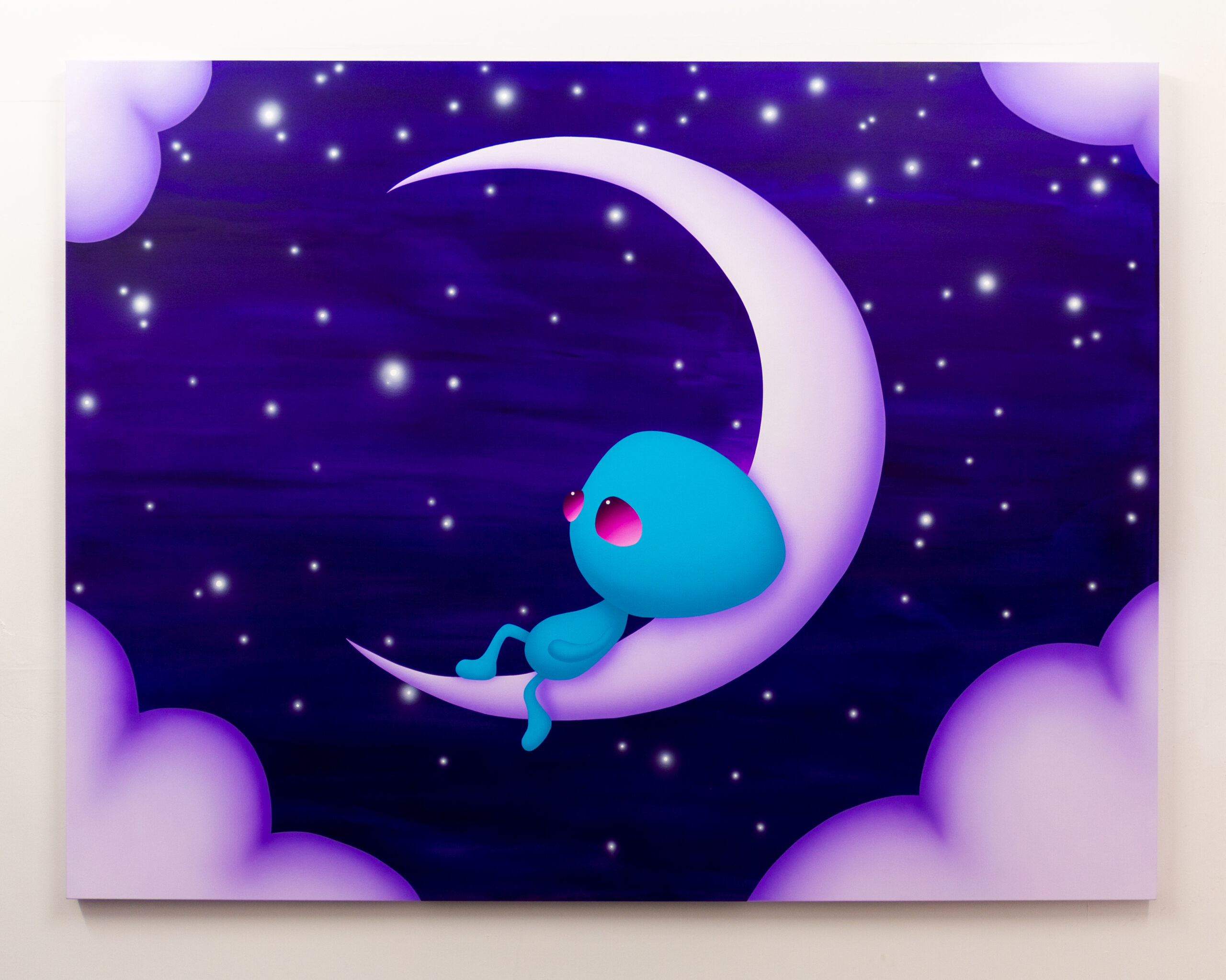 At the end of 2022, Ting Ting Art Space hold a news about the first solo exhibition in Asia of Gemma Holzer, a British  based modern artist. Gemma, who is only 26 years old, spent a year preparing for the exhibition of “The More Loving One”.

As for the large-scale solo exhibition jointly planned by Ting Ting Art Space and TIN TIN STUDIO curatorial office, once again interpreted the possibility of art exhibitions with a new concept, combined various elements, and absorbed the core of the creative concept to tell a story.

A sad yet romantic love story from the source creator.

“The More Loving One” is taken from a poem by the famous 20th century poet W H Auden. This is the basis of the overall creative presentation and painting concept in this exhibition, and it can be said to be the source of inspiration for the entire exhibition. It’s a journey through loss, heartbreak, letting go, and moving on, while also echoing the art-maker’s ode to the man who was once at the center of her life.

Gemma Holzer reflects the imagery of childishness through her own heart, transforming the overall atmosphere of the work into the subtle relationship and distance between people after they grow up. At the same time, her works also reveal the resonance of the collective loneliness of this generation of people living in the post-digital era. Gemma has always used deliberately oversaturated scenes, sometimes bright and colorful, sometimes dark and ethereal, to depict her own youthful, passionate, free-spirited and exclusive memories.

Most of Gemma Holzer’s creations use the autobiographical character PinkBoy as the protagonist, and her creations are inspired by life experiences, interpersonal relationships, and self-growth. In Holzer’s creative world, PinkBoy grew up in isolation in the era of the epidemic. Similarly, in real life, the sincere connection between people is being swallowed up step by step by the rapid flow of digital technology. Gemma, or you and me who live in this era, are just like the Pink Boy in the painting who yearn for more interaction with the outside world, but are unable to extricate themselves from being isolated in their own small world.