Paolo Pilotti lives and works in Rome, where he was born in 1982. Pilotti Is an Italian painter of Italian art groups “New Pop” and “Italian Newborn”
At the age of 3,he picked up his first colouring crayon, with his left hand and hasn’t stopped colouring since.

His innate passion for art has guided him throughout his education: after his highschool diploma at Art school, he went on to achieve a Master’s degree at the Academy of Fine Arts of Rome, in Painting, with his final thesis on the Anatomy.
Over the years, his work has been on display in several personal exhibits, as well as group exhibits in various art galleries accross Italy.

Paolo Pilotti’s art is a carnival of colours, a jamboree of sparkling shades. When there isn’t full nudity, lurex, latex and a precious selection of embroidered fabrics transform the art pieces in a shimmering parade that astonishes the eye of the observer, leaving mouths wide open in amazement and instilling a bizarre desire to touch.

Pilotti has a skilled hand, which serves a flashy immagination.
The anatomy remains the focal point of his work and the human body becomes an inexhaustible source of compositions, sometimes pushed to the limit, which implies a conflict between beauty, tradition and the human anatomy itself. Botox lips for brawny Marvel comic heroes, masculine faces on voluptous bodies, adult heads on infant bodies. Pilotti’s surgical aesthetic flaunts hyperbolic beauty pushed to the extreme and driven beyond the beauty standards of traditional figurative art, but perfectly part of the era which we live in, ruled by the dogma of the “filler”.
There is a striking conflict in his work, extended on two levels: the first, visual, more related to the image, to the signifier of the work of art itself.
The second level, relates to the underlying message, intrinsic in its meaning, but oxymorically glossed.
In every single piece, Pilotti tells a different story and at the same time maintains his very personal morality unaltered: the need for bilateral art and opposing concepts in the contempory society he lives in.
The viewers powerlessly watch the parading of their vices and virtues, masterfully represented by well-known figures of modern society culture, but portrayed as never seen before. As if he were able to photograph the subconscience, in his work Pilotti shows the other side of art. A kind of art that has always been a social mirror, where his pieces become a two-faced reflection of a schizofrenic society.
There’s something insane in his pieces: Pilotti goes so far as to even bring us to think about it. 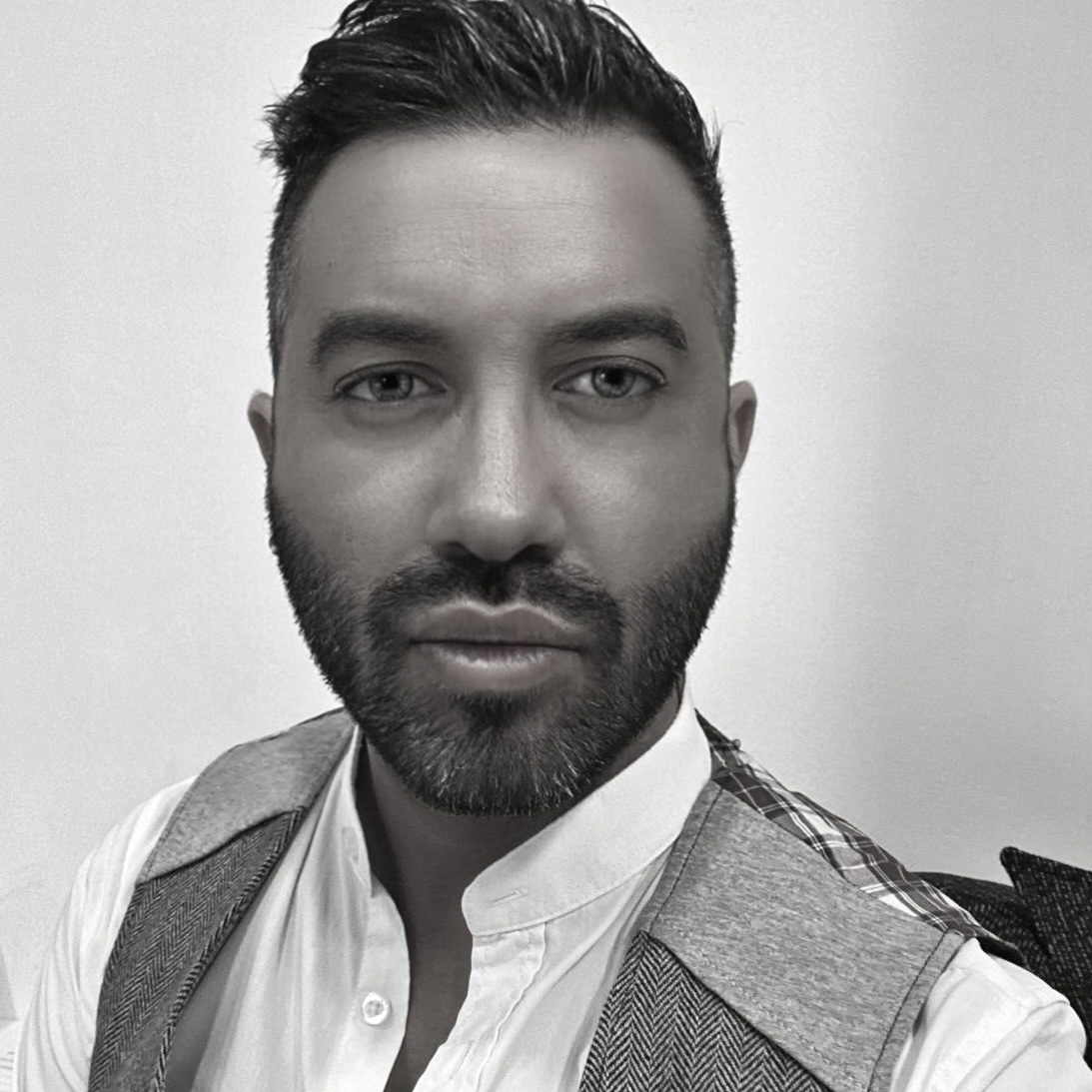 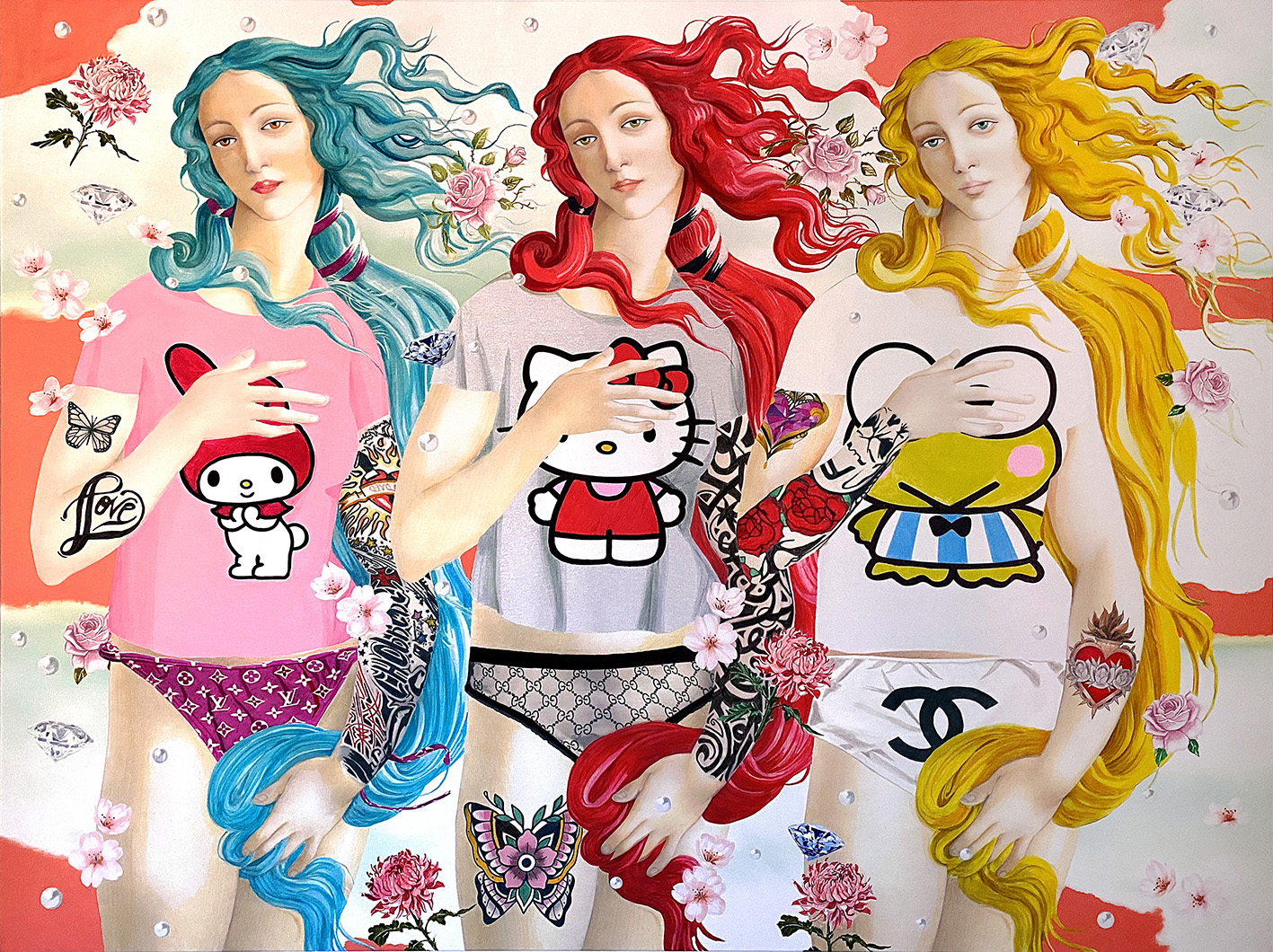 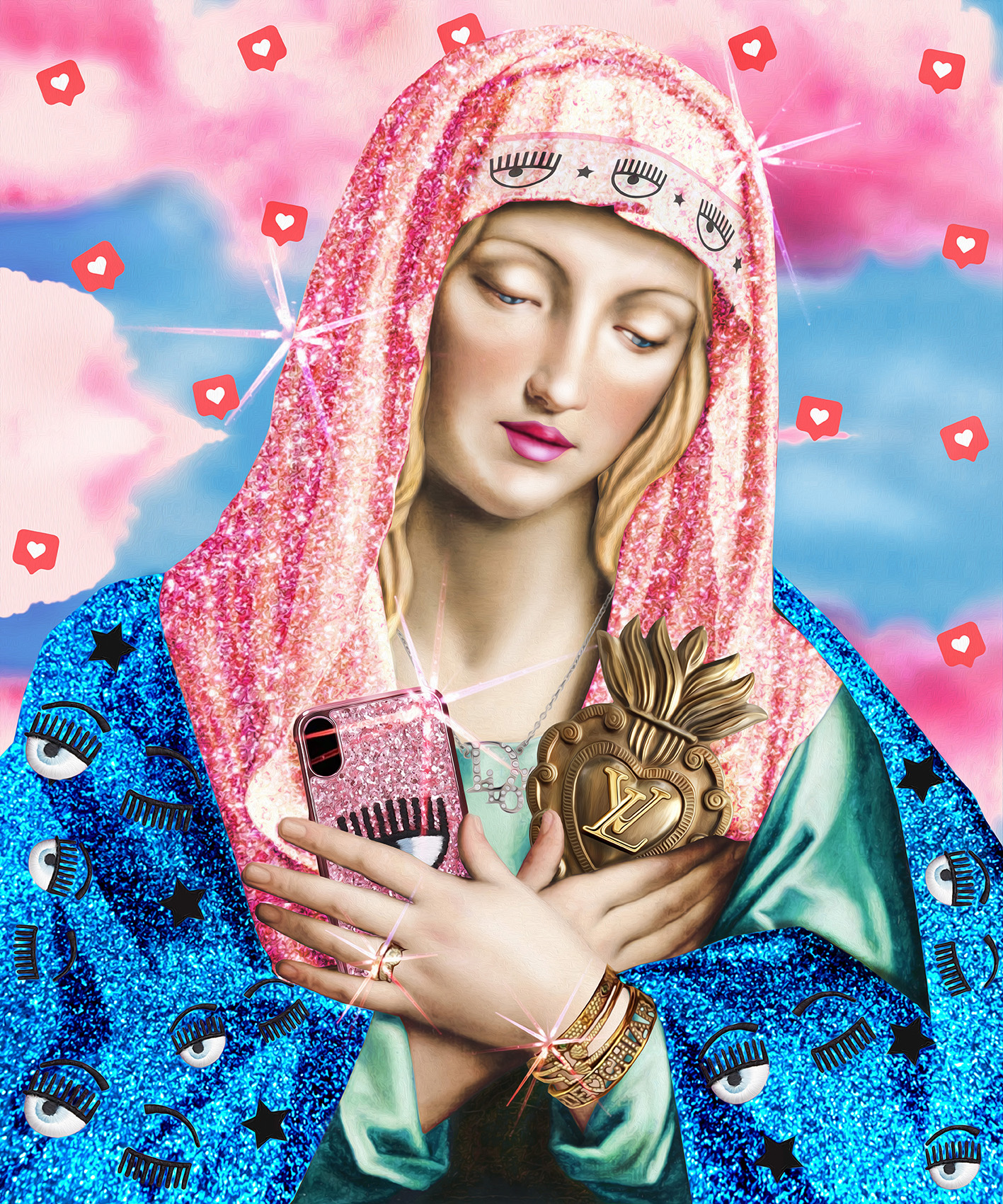 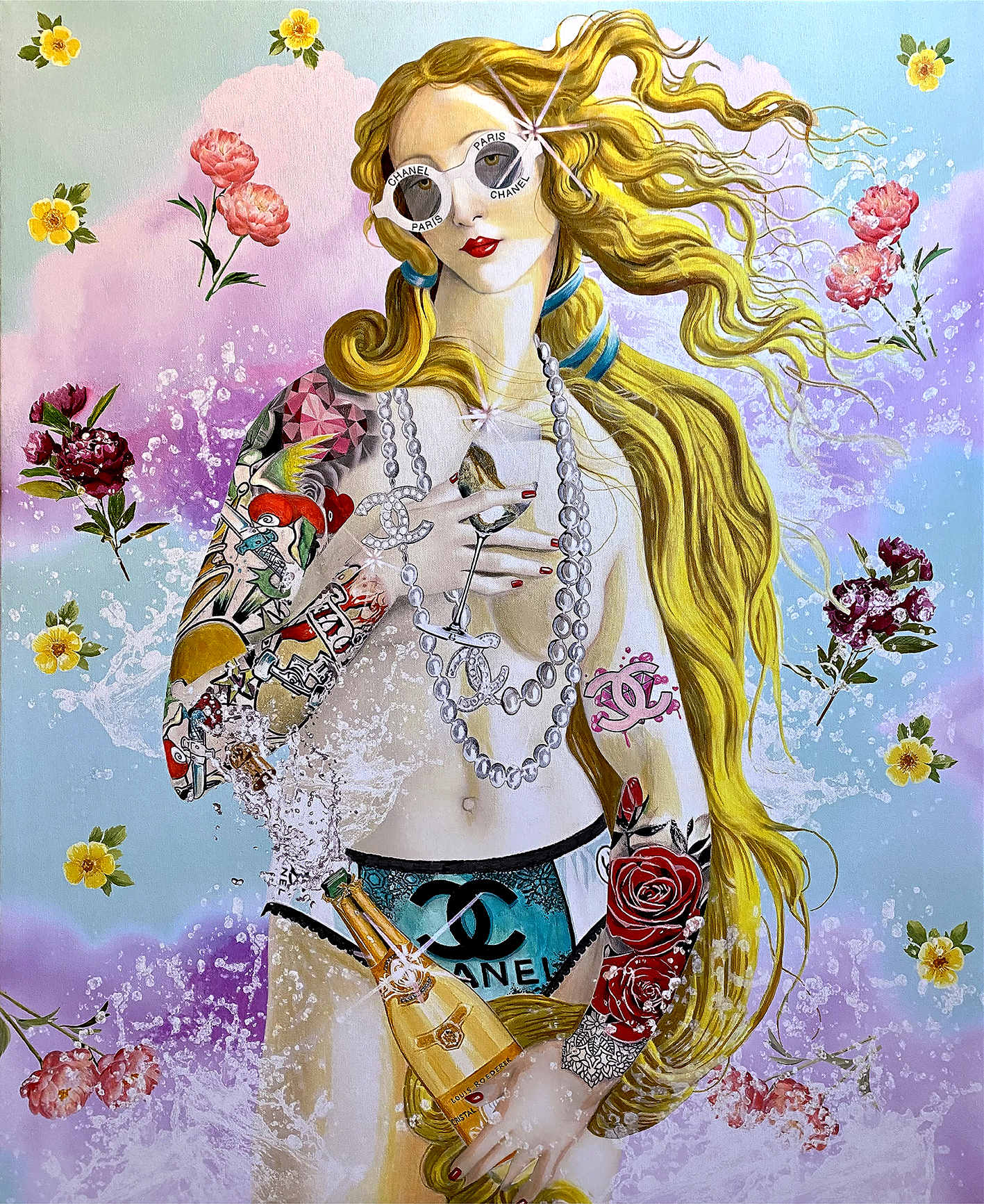 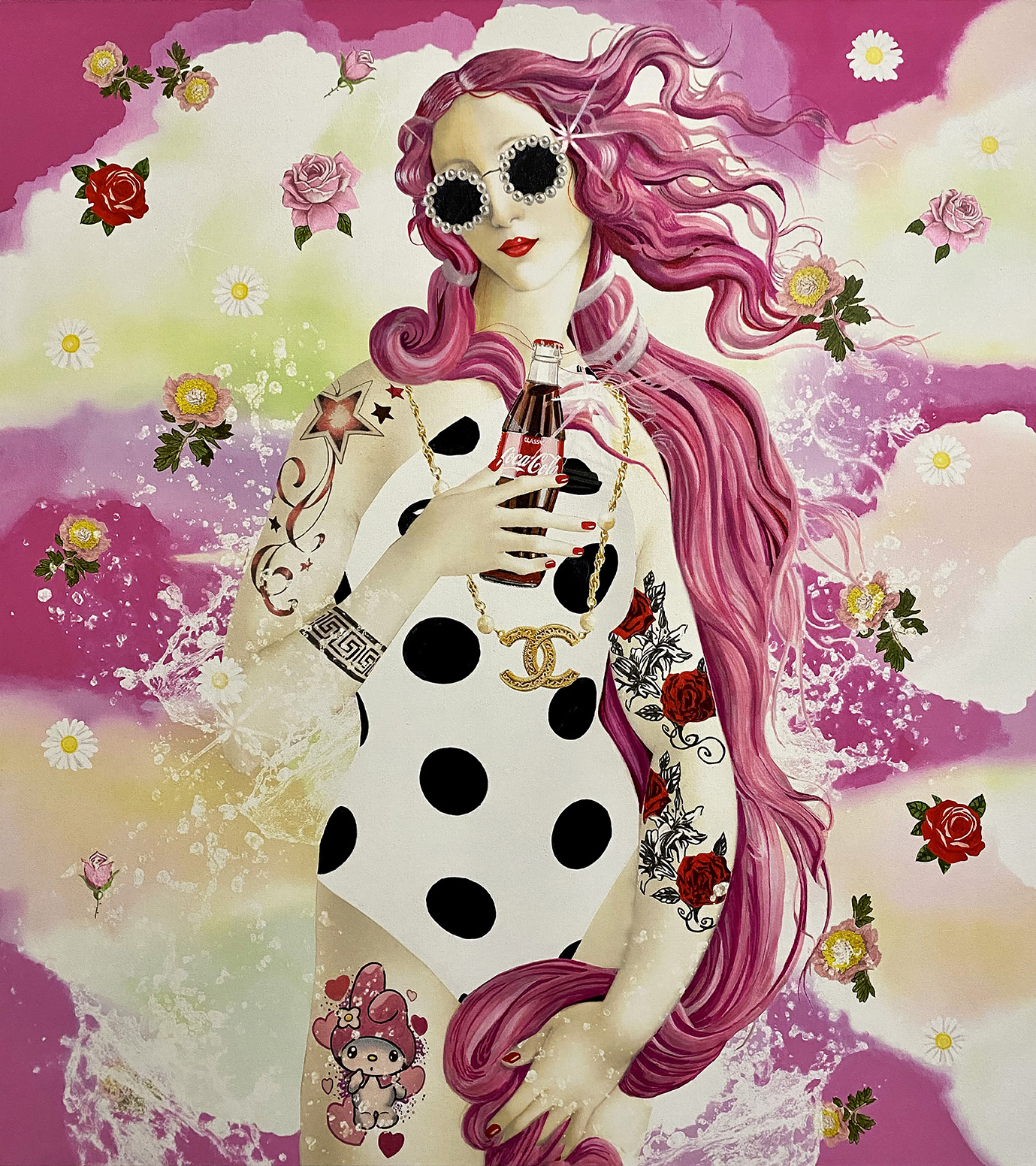 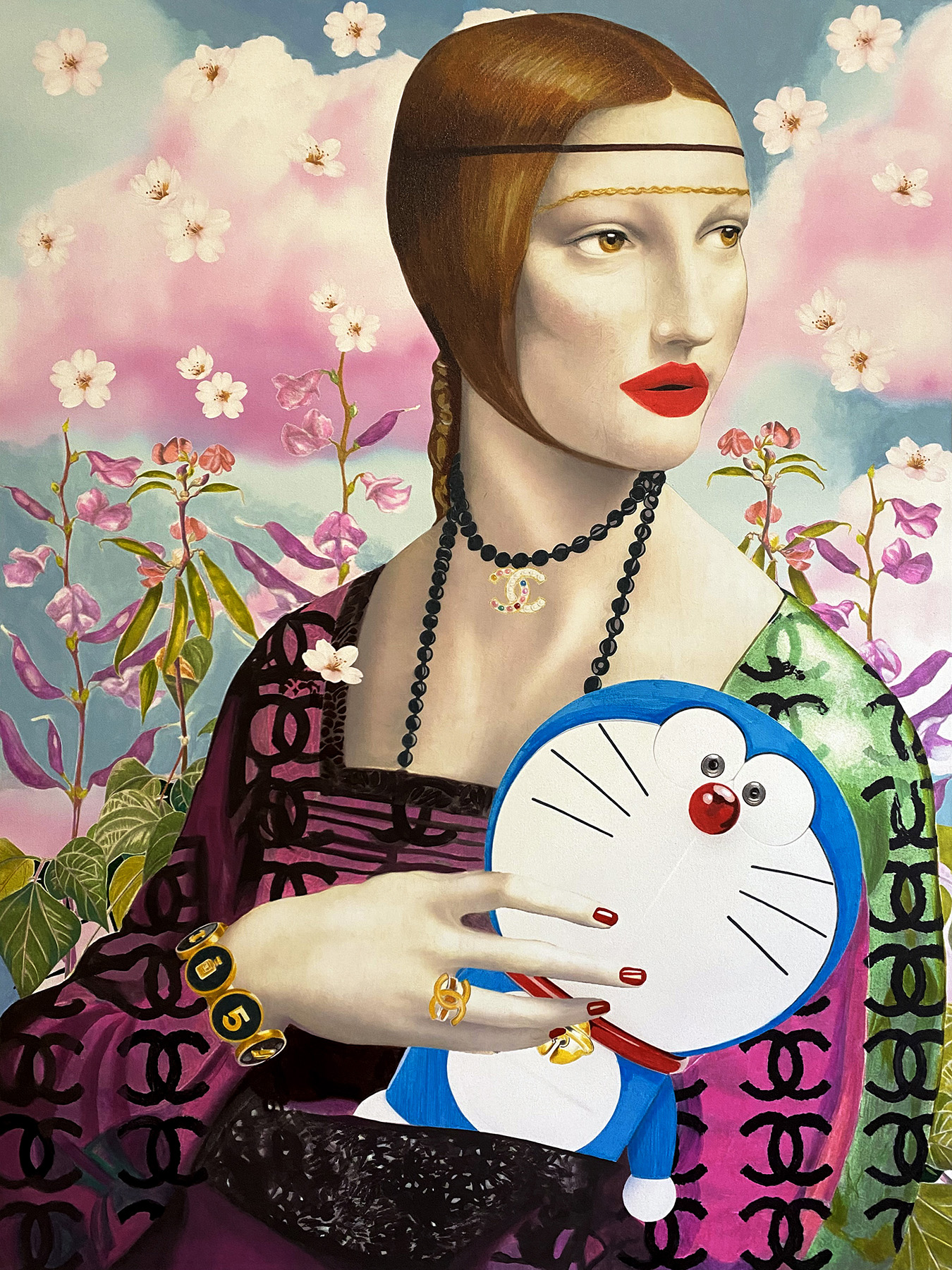