Fernando de Ana is best known for his abstract geometric creations that are crafted using the complex technique of resin and complemented with elements of neon and iridescence. His work can best be described as an overlap between painting, sculpture, and collage, and the materials selected are the foundation for his work.

He follows minimalist practices, and carefully arranges the overlapping features of his work to evoke themes of interaction, creating a dialogue between both the viewer and the work, and the viewer and their environment.

He originally graduated with a degree in Fine Arts and initially focused on graphic design in the Netherlands, but more recently decided to return to Spain and focus on his artistic career. Since then, he has captured the attention of a variety of collectors, foreign galleries, and media, solidifying his place in the art world.

His work is also displayed in a variety of private collections including but not limited to: Louis Vuitton, Santander Central Hispanic Bank, Casino of Madrid, Colonial Collection, Hines Collection, and Watson, Farley and Williams Collection.

An exercise in self-exploration, inspired by the children’s game of piercing the epidermis of the palm of the hand with a needle without drawing blood. That is to say, an almost unconscious attempt to test our capacity for pain. And of pleasure. Who am I when the child I was is gone but at the same time he is still here? What happens in those intermediate shadow spaces? Why is what hurts also pleasant? This ambivalence of the wound, which crosses physical and mental borders, is the magma of this project.

This series is an invitation for the viewer and artist to engage in a visual dialogue, as art can be a catalyst for self-reflection regarding our emotions and relationships with society. The shapes are a variety of tones ranging from light to dark, creating contrast and emphasis. Perhaps these varied tones can represent both the light and dark parts of ourselves. Furthermore, the use of simply colored squares and rectangles can be representative of limitations imposed upon us by ourselves and others, but also of risk taking, as it requires courage to be our truest, most authentic selves. 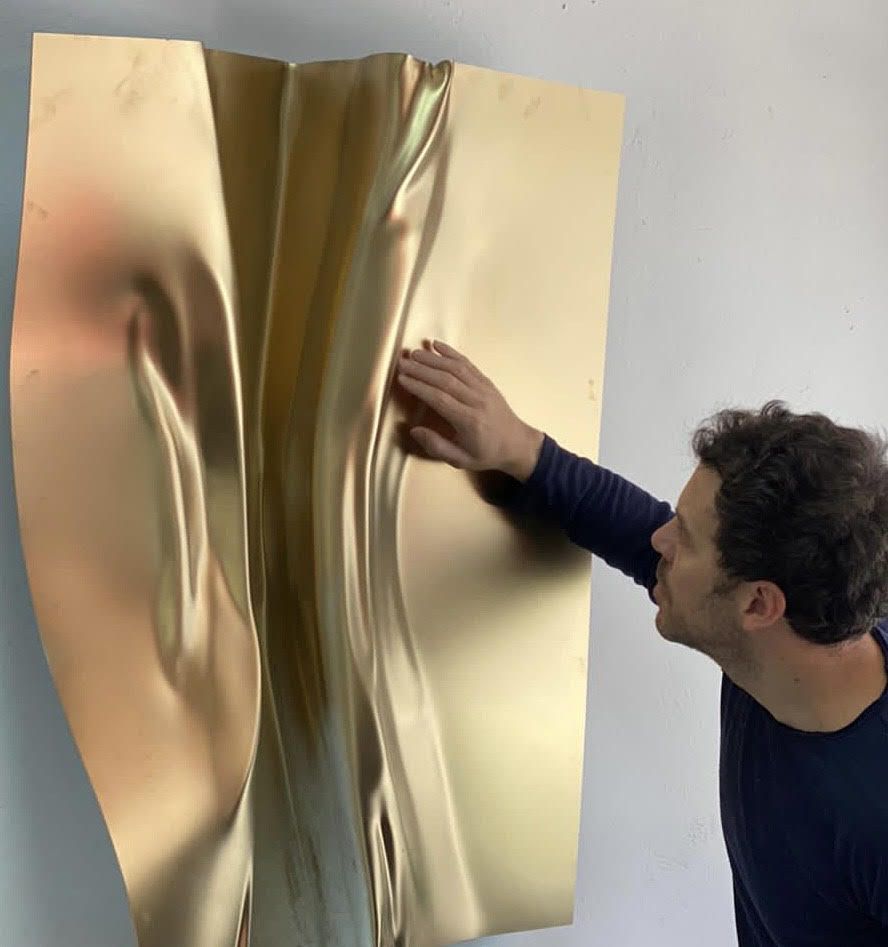