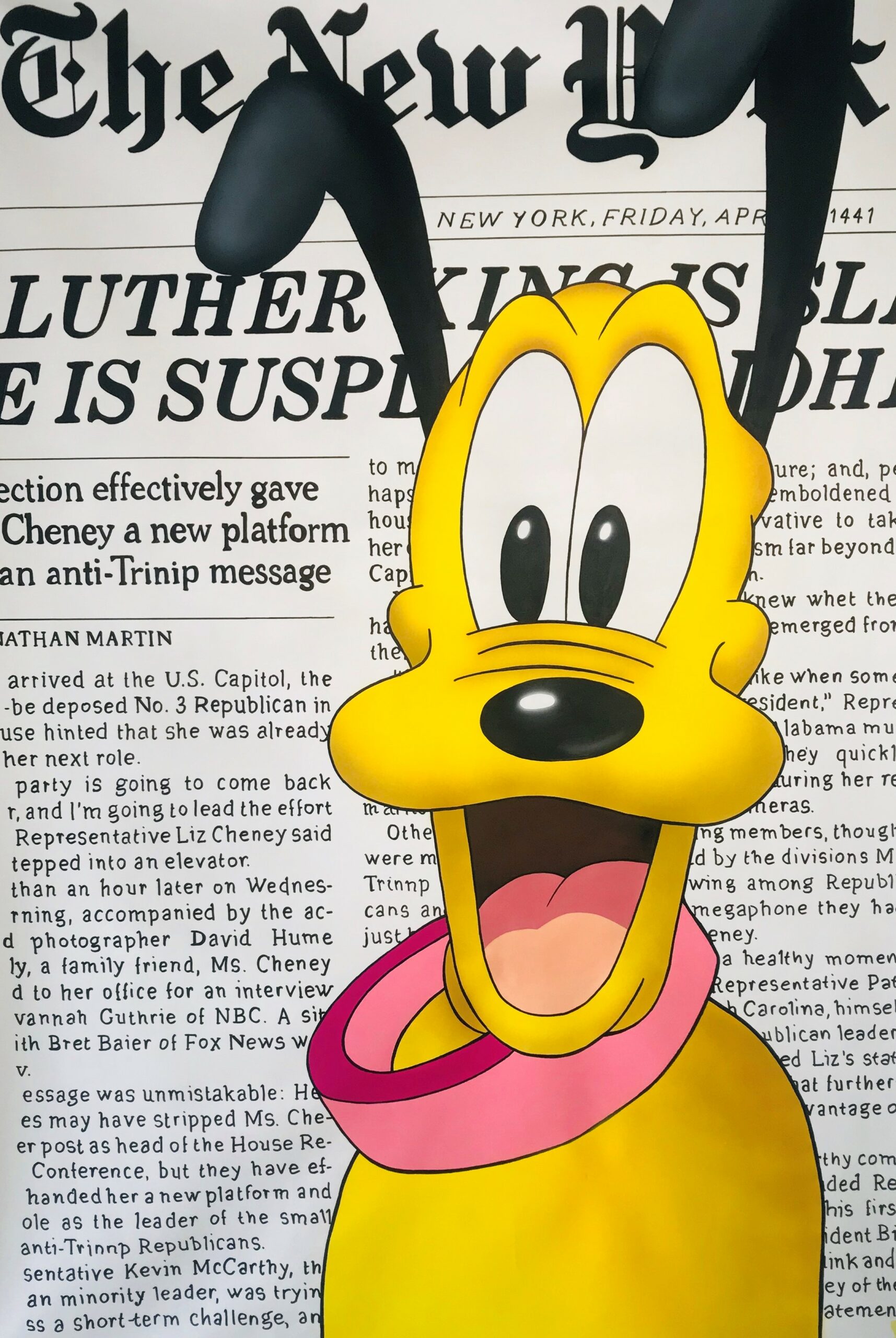 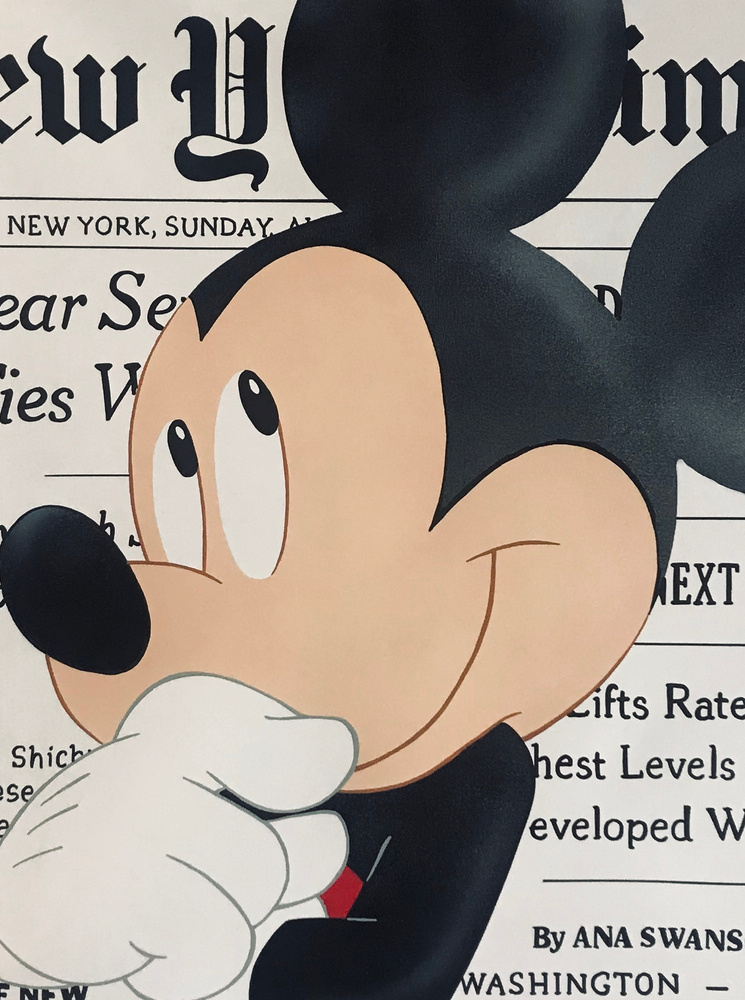 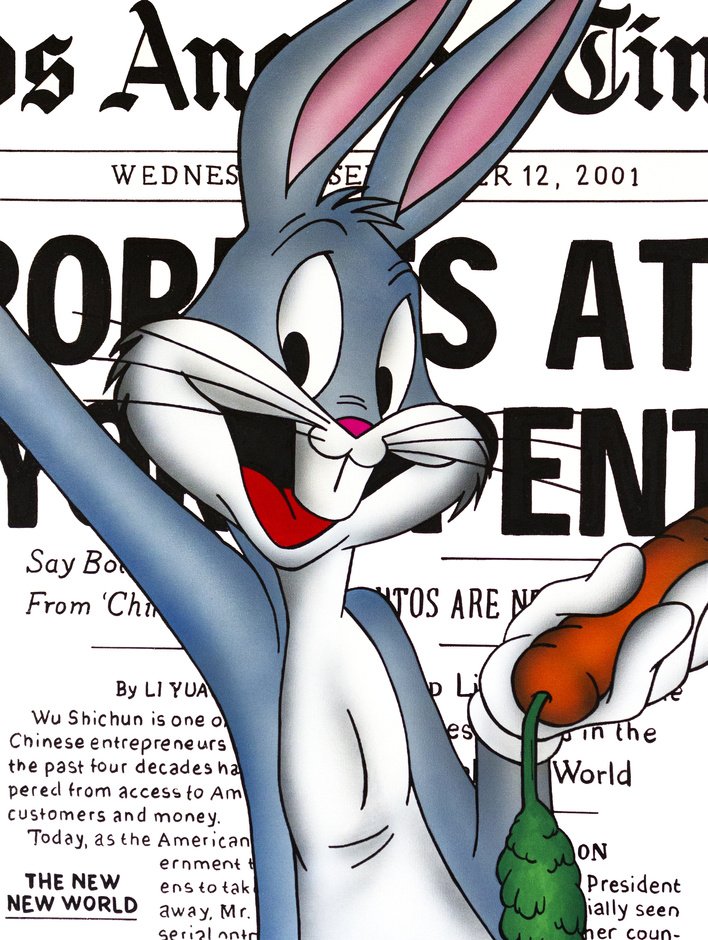 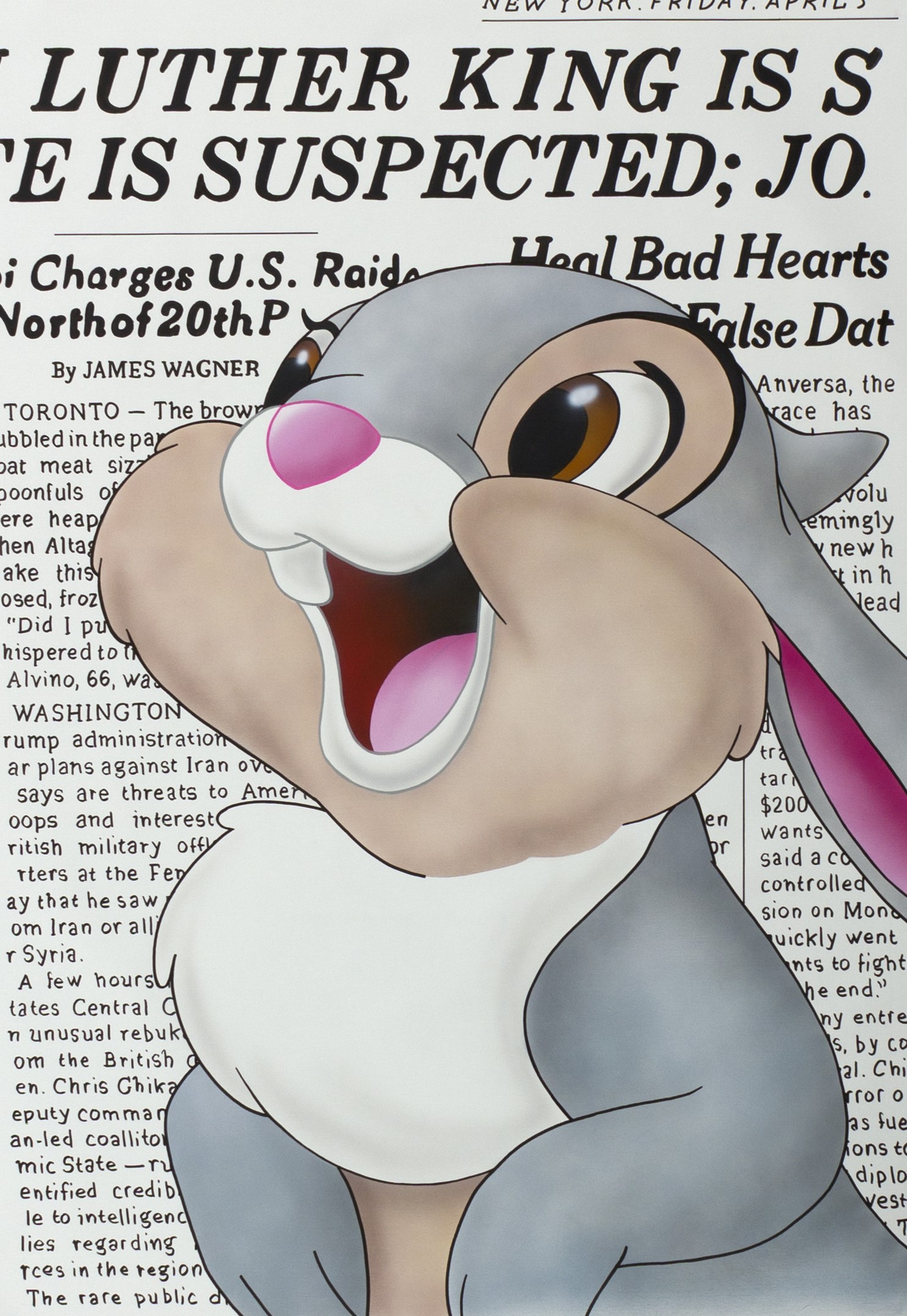 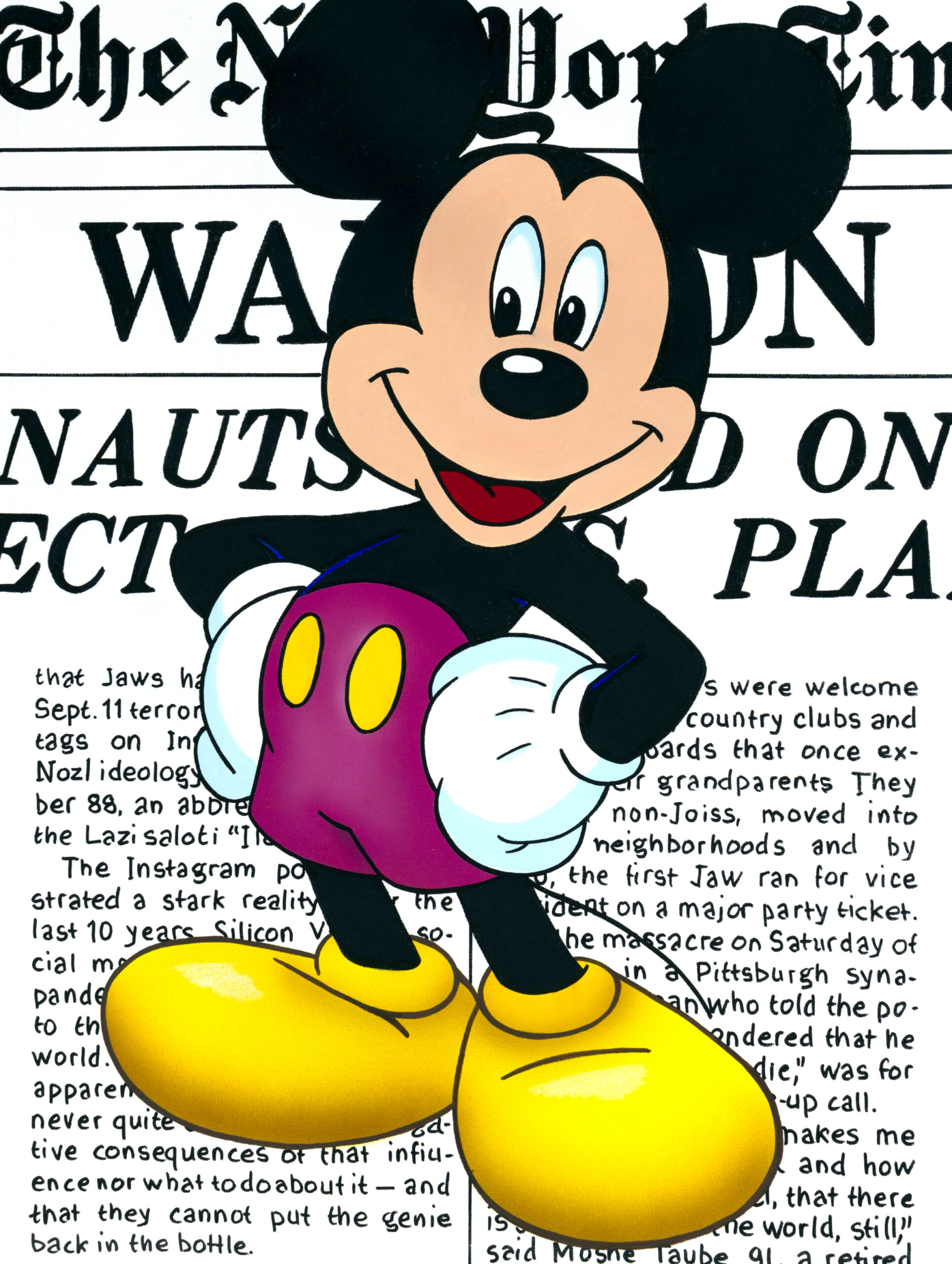 Spark’s complex pictorial worlds include quotations from artists like Lichtenstein, Warhol, and Basquiat, as well as song lyrics, brand logos, video games, cartoons, and magazine covers. He subverts the locked-in comic book universe, juxtaposing Disney stars, superheroes or the denizens of Franco-Belgian comic strips, then leaves them dirtied and defaced with a spray-paint graffiti attack. “I take these icons and ridicule them, to illustrate a sort of disorder in their world,”he says, “I’m exploding the frame that holds them in, soiling them a bit. The characters become the background and the tag comes to the fore.”

Spark admits being a frustrated comic strip author/artist. “I dreamed of it as a boy, but could never come up with a good story,” he says. Instead he went into the web design business. Mid-life crisis came early and by 30 he dropped everything to start painting. After flirting with tribal-influenced art brut, known as ‘outsider art’ in English, Spark developed his own style, amalgamating pop and graffiti art. He cites Icelandic post-modernist Erro and New York street artist Jean-Michel Basquiat among his influences, and changed his name in tribute to the designer Philippe Starck. Having abandoned Paris, Spark now works out of a studio in a converted brewery on the mean streets of Brussels. “I fell in love with Brussels… it’s the place be.”

More than any artist of his time, Spark exemplifies what art historian Daniel Birnbaum calls “painting in the expanded field,” his prolific oeuvre reflecting the prepackaged newness and hybrid spaces of the Information Age.